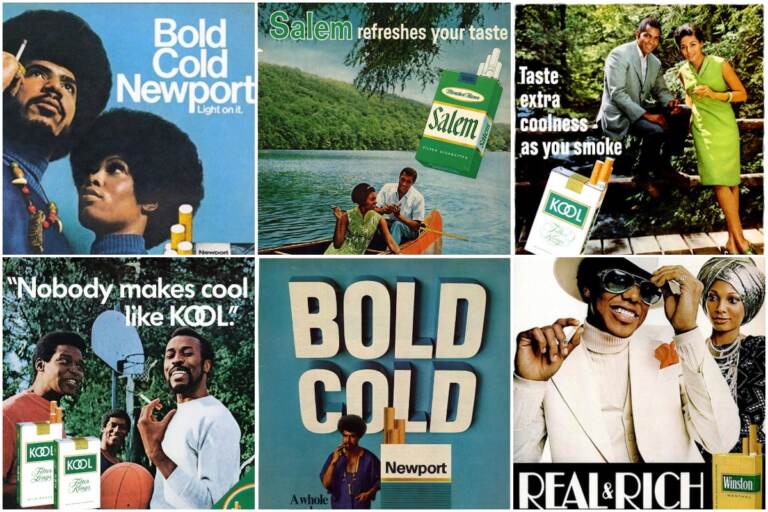 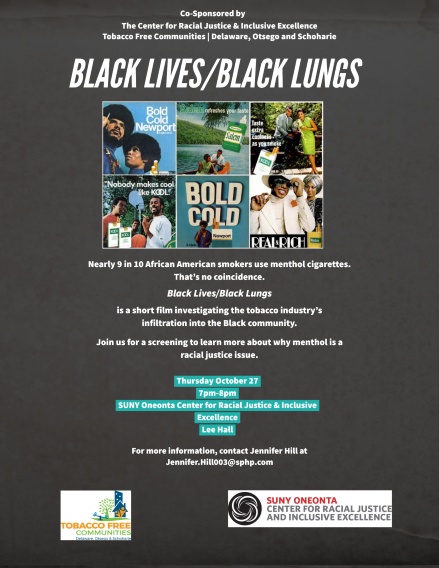 TFC-DOS and SUNY Oneonta’s Center for Racial Justice & Inclusive Excellence will show the short film, Black Lives, Black Lungs on Thursday, October 27th, 7pm, in the Freedom Room, Lee Hall, SUNY Oneonta, followed by a discussion. The film investigates the tobacco industry’s aggressive marketing campaign launched in the 1950s to turn African Americans into menthol cigarette smokers. It worked. At the start of the campaign, only 5% of African American smokers used menthol; today, almost 90% do. The results have been deadly, with tobacco-related diseases being African Americans’ number one killer.

Join us for the screening of this important film and a discussion of why menthol became a racial justice issue as well as recent victories in the fight against menthol.